One of the most physically demanding jobs in professional sports is playing as an NFL running back. Aside from the fact that it is really difficult, the job also requires a lot of skill and conditioning. Men that play the position don’t often last long. NFL running backs completely retiring from the game after 10 seasons or less is not uncommon. This is because the job takes a toll on their bodies. We have made a list of the best running backs in NFL history, several of whom had short yet brilliant careers. It was difficult to cut the list down and some great backs have gotten the axe. Keep reading to see who made the cut. 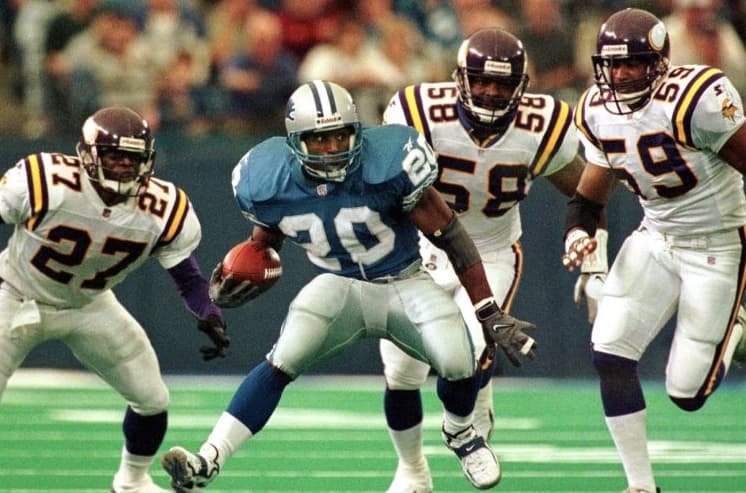 The Greatest Running Backs In The History Of The NFL