Sheila, the lion, is yet to meet you. Sheila is a stunning lioness who worked as a show animal at private parties for most of her life. However, her health began to deteriorate. Her caretaker wasn’t able to afford her regular veterinary treatments but thankfully she was saved by animal rights activists. Sad to say, by that point, it seemed like Sheila was far too gone. Her new caretakers felt that they might have to put her down. Until a miracle occurred …

In July 2009, Sheila was one of the lions saved by the United States Department of Agriculture. Almost all of the lions were in bad condition that year, but it was especially terrible for Sheila. She was lighter than air, frail, and weak. Her rescuers figured she had almost no chance, still, they took a gamble and helped her anyway. At least they wanted to allow her to get better. 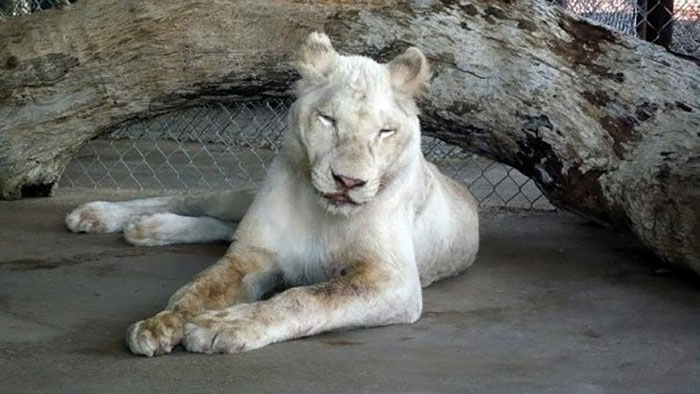