Accumulating large amounts of wealth can be accomplished in a variety of ways. Some individuals acquire great wealth through online investing, options trading, or even online options trading. Others build international companies up from out of nothing. Still others inherit everything but manage to build on what was given to them and expand the family business. The richest individuals in America acquired their money in a variety of interesting ways. Now, they manage to hold onto that money, as well as build even more, through many different methods. According to Forbes, the following are the richest men and women in America. This list discusses something about each individual, how each one achieved his or her wealth, and some of the things these people have done with their massive amounts of wealth and status.

Gates is worth approximately $81 billion. At age 59, he currently resides in Medina, Washington. He achieved the bulk of his wealth through the company he founded, Microsoft. While Gates’ vast amount of money originated through Microsoft, he’s made a bulk of his fortune through diversified investments in recent years. Gates has an investment company called Cascade Investment LLC that was funded completely by Gates himself. There are many stock investment options he’s purchased lately. A few of the companies he’s added or bought stock in recently include Berkshire Hathaway, Liberty Global PLC, McDonald’s, and ExxonMobil. Some companies he’s either reduced stock in or sold out include Coca Cola, Thai Fund Inc., and Procter and Gamble. So while Microsoft may have put Gates on the map, not putting all of his eggs in one basket, so to speak, has exponentially increased his wealth through the years. He has also used his wealth by becoming one of the most generous philanthropists in history. One of the charitable donations Gates and his wife Melinda made recently was for $500 million to fight malaria as well as several other diseases. 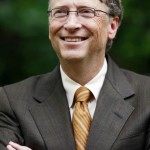 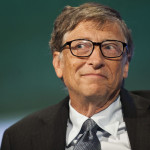 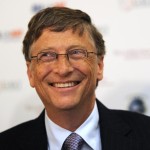 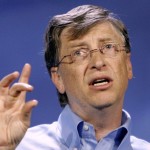 The latest figures reveal that Buffett is worth about $73 billion. He lives in Omaha, Nebraska, and is 84 years old. The source of his wealth has come primarily from Berkshire Hathaway. While stocks routinely fluctuate, stock in Berkshire Hathaway has significantly been the most expensive stock in the world to obtain. It currently is more than $200,000 for one class A share. To put this in perspective, the next most expensive stock is about $535 per share. It’s reported that Buffet started out in life selling newspapers as a young boy and went on to invest in his first shares at the age of 11. He was a natural investor and was quite wealthy while he was still in his 20s. But he went from wealthy to extremely wealthy in his 30s while he was running the Buffet Partnership. Buffet’s success has included some interesting investment strategies through the years. Some of the types of companies he has invested in have included undervalued securities as well as workouts and control situations. Workouts have also included stocks in which the financial success depended upon corporate actions rather than buyers and sellers. In general, the genius of Warren Buffet is sometimes said to be his ability to identify undervalued assets. An example of this would be when he purchased silver in 1998. He has also developed a knack for being flexible, reinventing himself when necessary, and always keeping an eye out for new opportunities. Getting back to the incredible price of his stock in comparison to others, this may also be one of the reasons he has maintained and built such massive wealth. Keeping the stock at this rate means keeping out most speculators and day traders. Only serious investors can invest in and have any part in his company. 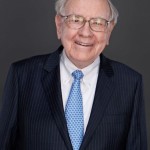 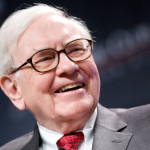 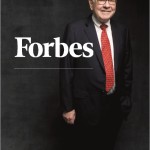 Coming in at the third spot, Ellison is estimated to have slightly over $53 billion. He is 70 years old and resides in Woodside, California. Oracle is the source of his financial success. His humble beginnings include being born in the Bronx to a single mother who eventually sent him to Chicago to be raised by his aunt and uncle. Ellison learned the basics of computer programming at a young age but dropped out of college and spent several years bouncing from job to job in California. After becoming a computer programmer at Amdahl Corporation, he was part of building the first mainframe system that was IBM-compatible. In 1977, along with a few other Amdahl colleagues, he started his own business. Ellison and his team eventually created Oracle, a relational database management system. Although originally used for the CIA, IBM eventually used Oracle for its own mainframe systems. Oracle’s sales continued to grow, and eventually it became a billion-dollar company. In the last few months, Ellison has announced that he plans to step down as head of Oracle, but he plans to stay involved with the company. He will be particularly involved with Oracle’s technology development. 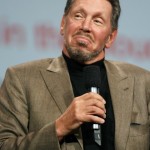 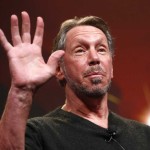 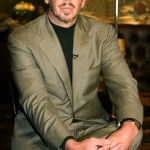 At 60 years old, Walton is reportedly worth $42 billion. This particular Walton family member is synonymous with the store Walmart. She currently lives in Jackson, Wyoming. Christy Walton is not only the wealthiest woman in the United States, but she is currently the richest woman in the world, as well. Walton married into the richest family in the world when she wed John Walton, a former Green Beret and son of Walmart founder Sam Walton. Christy Walton happens to be the wealthiest of the Waltons not only due to the unrivaled success of Walmart but because of a side investment John made in First Solar. The bulk of her money still comes from shares in Walmart. Though it’s not without its share of ups and downs, buying Walmart stock through online trading or through traditional means has proven to be a good investment.

With an estimated worth of $41 billion, the 79-year-old Charles Koch has accumulated his wealth through a variety of sources. He currently lives in Wichita, Kansas, while his brother, David, age 74, resides in New York City. Both Charles and his almost equally wealthy brother, David, are often referred to as just the Koch brothers. They have not only built an incredible amount of wealth through the years but have stirred political controversy, as well. Charles and David inherited a business from Fred Koch, their father, but have expanded since then. They originally focused on chemicals and oil refining but have since expanded into several other areas, including fertilizers, minerals, ranching, pollution control technologies, polymers, fibers, and commodity trading. Koch Industries is currently the second-largest privately owned corporation in America. Recent business transactions that the Koch brothers have been involved in include an agreement for Koch Industries to acquire Oplink for $445 million. The acquisition of this optical network device company was completed in December 2014.

Another member of the famous Walton family, Jim Walton is said to be worth approximately $41 billion. At 67, he lives in Bentonville, Arkansas. This particular Walton is the youngest son of Sam Walton, the retailer giant who founded Walmart. Jim Walton is not only associated with the Walmart conglomerate but is also the CEO of Arvest Bank and chairman of Community Publishers Inc. Community Publishers operates newspapers in Oklahoma, Arkansas, and Missouri. Jim Walton joined the family business in 1972. His position in the Walmart corporation involved working in real estate dealings. After four years, he then moved on to Walton Enterprises and became its president. After his brother John passed away, Jim took his place on the Walmart board of directors in September 2005. Jim Walton holds the largest amount of shares in the Walmart Corporation.

Alice Walton is the daughter of Sam Walton and is currently the third richest woman in the world with $39 billion. She started her career in finance working as an equity analyst and a money manager. She was later a vice chairperson at Arvest Bank. There, she was the head of all investment activities. She has worked in community development organizations and was a driving force in the development of the Northwest Arkansas Regional Airport. Alice Walton has founded Crystal Bridges, which is a wooded area near her childhood home. This is where the Walmart heiress displays dozens of the many paintings that she has in her personal collection. It’s interesting to note than in Sam Walton’s biography, which was released in 1992, he stated that Alice was the most like him and even called her a maverick. Alice Walton currently resides in Fort Worth, Texas.

The oldest son of Sam Walton, Rob is often considered the family face of the Walmart company. He is currently chairman of Walmart. The famous retailer was started in 1962 in Arkansas and has grown to approximately 11,000 stores; it is currently the world’s largest retailer. In 2013, Rob Walton weathered trouble at Walmart’s shareholder meeting. It was reported that more than 25 percent of the shareholders who weren’t part of the Walton family voted against him remaining as chairman of the company’s board of directors. Rob Walton’s wealth is primarily a combination of Walmart shares, part ownership in Arvest Bank, and investments from a firm called Madrone Capital Partners. Some of these investments include approximately $1 billion in Hyatt Hotels. Rob Walton isn’t all business, though. In 2012, he was on a racetrack driving his Shelby Daytona Cobra Coupe. This vehicle is reportedly worth $15 million and is only one of five made in the world.