Celebrities are notorious for having some of the shortest marriages around – we’re more surprised when a marriage lasts than when it doesn’t! Do you know all of these celebrity marriages on our list? They all lasted under a year!

The infamous 55 hour marriage between Britney Spears and Jason Alexander easily wins the shortest marriage on our list! The two were married in Las Vegas on January 3, 2004 and had the marriage annulled on January 5, 2004. The two childhood friends were married on a whim at 5:30am. Was Britney wearing white? Yes, but in the form of a trucker hat… She was also wearing jeans! Can’t say that would be our first choice for wedding couture. Britney’s record label released a statement the next day saying: “On January 3, Britney Spears and a friend took a joke too far by getting married. Ms. Spears and Mr. Alexander have filed for an annulment which will become official on Monday, January 5.” These crazy kids were only 22 at the time, so maybe they can kinda get away with it!

Kim Kardashian and Kris Humphries’ 72 day marriage is by no means the shortest celebrity marriage to have happened, but it is definitely one of the most highly publicised. Their lavish wedding was the subject of much media speculation — what would the wedding be like? Who would attend? How much would be spent? Would it last? Well, the occasion ended up costing over $10million, but they made $17.9million back in TV and photo rights — that’s a whopping $250k for every day of their marriage! The Kardashian’s wedding ended as any Kardashian scandal does, with a press release. Kim stated: “After careful consideration, I have decided to end my marriage. I hope everyone understands this was not an easy decision. I had hoped this marriage was forever, but sometimes things don’t work out as planned”.

Pamela Anderson and Kid Rock seemed like they were absolutely destined for each other; they both had a rockstar lifestyle, partied hard and seemed head over heels in love. So what went wrong? Well after a mere 4 months the two parted ways. Perhaps it was something to do with Pamela’s choice of wedding dress — a white string bikini, erm… the less said about that the better we feel!

Lisa Marie Presley is the only child of Elvis and Priscilla Presley. Presley has been married four times in her life: currently to music producer Michael Lockwood and most notoriously to the King of Pop, Michael Jackson. But did you know she also married actor Nicolas Cage? The two married just 10 days after Cage had proposed, and their divorce proceedings lasted longer than their marriage! After their split Presley went on record to say: “I’m sad about this, but we should not have been married in the first place, it was a big mistake.”

Erin Everly is the very reason “Sweet Child o’ Mine” came to exist, so you would image that Axl Rose, the penman of the classic song, would be absolutely smitten with her. But alas, the Guns N’ Roses frontman and Erin couldn’t even make it a month! As you probably expected, the two were married in Las Vegas, it’s been reported that Axl proposed by saying ‘Marry me or I’ll kill myself.’ How romantic… not!

This is yet another tale that begins in Las Vegas — we’re sensing a pattern here! A mere three days after divorcing Sonny Bono, Cher wed musician Gregg Allman in a spontaneous vegas ceremony. The two divorced a week and 2 days later when Cher discovered Gregg had drug and alcohol problems that she wasn’t willing to deal with. Perhaps this is why people are supposed to date before they marry each other.

Half a month marital bliss lasted for Mario Lopes and Ali Landry. The pair wed on April 24, 2004 and split on May 8 of the same year. Why? Well the bachelor party was to blame, Ali found pictures of Mario with another woman and filed for annulment. A few years later Lopez admitted to his bad boy ways, admitting that he had cheater on Landry and on his bachelor party trip to Mexico.

Singer Aaliyah was only 15 years old when she wed singer-songwriter R.Kelly in a secret ceremony. The two lied and Aaliyah was listed as being 18 years old on the marriage certificate. Three months after Aaliyah’s parents annulled the illegal marriage. The couple came to deny ever being married, and I suppose legally they never were! 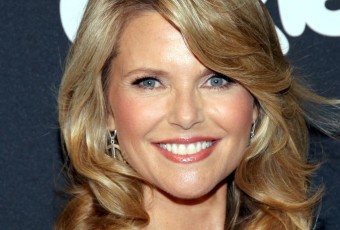 As much as we’d all like to be eternally 25, that’s just not possible. But there are ways to gracefully age, and who ages better than…